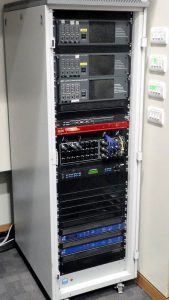 Horsepower of a different kind.

After our successful upgrade of the public address system at Mahle; we have just completed an upgrade at bloodstock auctioneers Goffs Uk.

The maintenance of Goff’s PA System has been taken over by Out Filming. Out Filming provide Goff’s with an extensive range of broadcast services.

The original system was based on an ASL VAR12 voice alarm router. However, not being familiar with the VAR, Out Filming wanting to simplify the system by installing equipment that was familiar to them. The heart of this new system is a Allen Heath Qu24 digital mixing desk. The desk installed in the ‘comms’ room links to the amplifier rack, located next to the auctioneers podium, using a CAT5 Digital Snake.

PAVA provided engineering services to remove the redundant rack wiring and install a new wiring loom. In addition, we installed a mute switch for the auctioneers microphone and replaced the reception microphone.

The original JDMedia amplifiers have now been replaced with Crown CDi-4300 DriveCore channels.

The CDi DriveCore Series is an evolution in amplification, providing an impressive mix of high-performance, rich feature set, and competitive cost.  Using technology derived from the Crown DriveCore Install series, the CDi DriveCore 4|300 offers streamlined functionality to work in almost any small/medium sized installation such as restaurants, retail stores, and more.  Designed for ease-of-use in a variety of applications, the 4|300 is a 4-channel amp that includes network control/monitoring, high-level DSP, front-panel interface, and support for driving up to 100Vrms speaker loads without requiring a transformer. 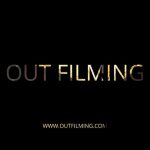